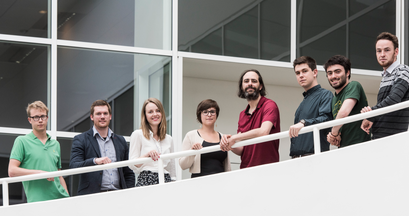 Our mission and vision

We are a non-profit organisation which brings innovative, high-technology student projects together and supports them with accessible services.

We are convinced we can stimulate entrepreneurship and technological innovation by creating a learning and working environment in which students can really take entrepreneurial initiative.

We are an enthusiastic group of students, teachers and companies, which makes collaborative entrepreneurship our biggest strength

We or our student teams regularly organise (networking) events for members and partners. Also partners can organise activities. After all, entrepreneurship allows our network to grow!

By means of a fully integrated pathway for team projects which is offered within the Postgraduate Programme in Innovation and Entrepreneurship in engineering, the teams receive support through professional coaching, and access to a wide range of courses on technology, innovation and entrepreneurship.

In order to really be able to support the dynamic and entrepreneurial character of the teams, the non-profit organisation Technovation Hub was founded in February 2016. KU Leuven’s Science, Engineering and Technology Group – especially the Faculty of Engineering Technology – is an important founder and leader of Technovation Hub.

In addition, Technovation Hub bridges the gap between student projects, the academic and the professional worlds. As a stable contact we guarantee the development of durable partnerships, also across teams and team substitutions.